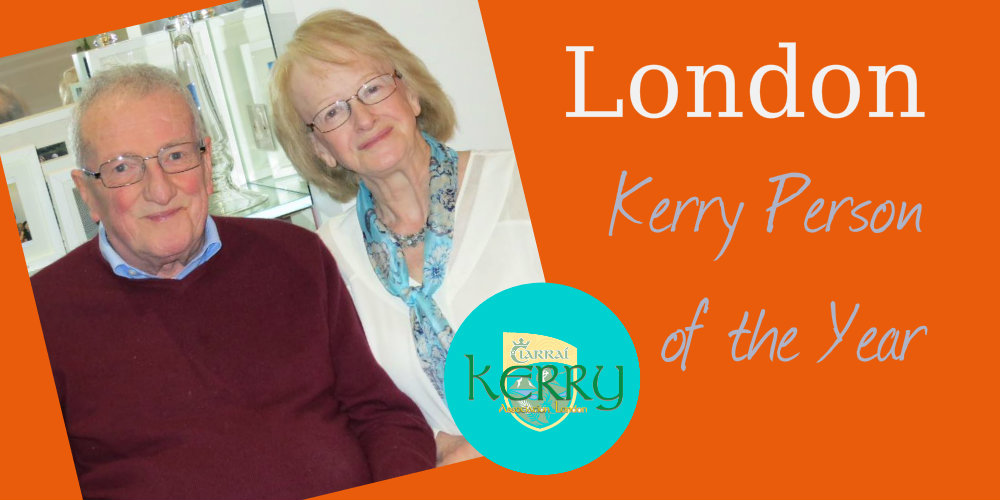 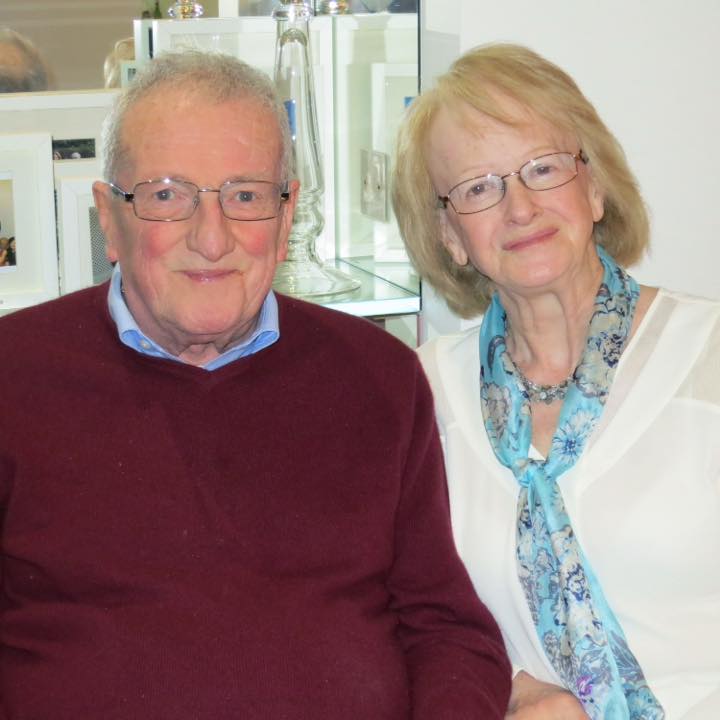 Vincent Harty has been named as the Kerry Person of the year 2018 by the London Kerry Association.   The Ballinaskelligs native has been selected as a mark of his huge contribution to the life of people in both Kerry and London. He is the long-standing treasurer of the Kerry London Association having been a part of the original group set up in the 1970s and remains actively committed to the good works of the association today.  Vince will be presented with the Dennis Reidy Memorial trophy at the association’s gala dinner dance at The Crown Hotel in Cricklewood on Friday 19th October.

He will be joined on the evening by his wife Breda, daughters Sheila, Deirdre, Orla and Niamh along with son-in-laws and his eight grandchildren.
His brothers Jack and Anthony and his sister Helen will also be making the trip from the Kingdom to join him on the evening.  Next year will mark Vincent’s 60th year in London. He arrived at the age of 16 and started working as a barman at The Brewery Tap in Barking.

Deciding to explore a bit further he joined the building trade as many a great Irishman did before him.   During this time there was lots of rebuilding with new tunnels and roads being constructed post war. These were the days that great friendships were made by the men as they worked side-by-side. This work took Vincent the width and breadth of England and although hard work, it was a happy time.  In 1965 he met and married Breda a native of Murrioch, Dingle. As health problems led to the end of his building career, he returned to the pubs starting at The Crown in Cricklewood eventually running his own pubs, The Windsor Castle, The Tally Ho and The Spotted Dog in Willesden where he won Pub Landlord of the year in the 80s.

He then moved into the City of London.   His last pub The Rising Sun in Carter Lane, St Pauls is now run by his daughter Sheila, keeping up the family tradition.   Vince says he was over the moon when he received the call from Dan Tim O’Sullivan the chairman of KAL notifying him of his recognition. He said: “I am 75 years old and feel so honoured to receive this award. It’s a reward that has been given to wonderful Kerry man and women in the past. I would like to accept this with gratitude and for all those who have gone in the past with their works of goodness and kindness”.

Monika Dukarska from Killorglin has been nominated as Young Kerry person of the year and will receive the Christy Kissane Memorial Trophy on the night.

She is a World Champion rower and has represented Ireland on several occasions including at this year’s championships in Bulgaria where she and teammate Aileen Crowley won the double-scull C-final.

The Christy Kissane Memorial Trophy is presented each year to a new generation of Kerry people, in London or Kerry, in memory of the great Kilorglin and Kilburn man who passed away three years ago.

Past winners include members of the Kerry minor five in a row football team and Gaelic football legend Colm Cooper.

Tickets for the Kerry Association London dinner and dance are available from Tara Cronin on 0044 7939 017022 or any committee member.

You can also email us at info@kerryassociationlondon.org to order Tickets.